Welcome to the world of Sword Coast Legends, a fantasy role-playing game set in the Forgotten Realms. If you’re a fan of classic Dungeons and Dragons-style games, then you’re in for a real treat!

But the question remains: do Sword Coast Legends servers still exist? Our game reporters are here to share updated information!

Sword Coast Legends is a 2015 action role-playing game developed by n-Space in collaboration with Digital Extremes and released worldwide on October 20, 2015, for Microsoft Windows, OS X, and Linux.

PlayStation 4 and Xbox One versions were released in 2016. It would be n-Space’s final project before its 2016 closure. 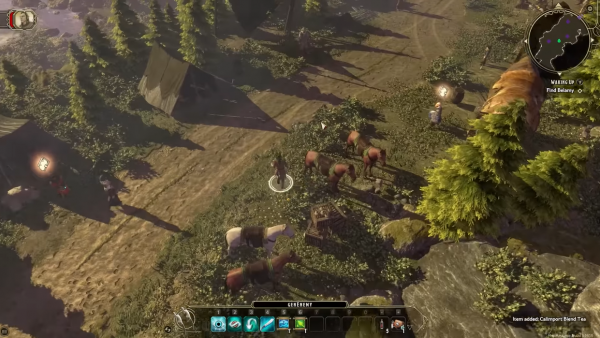 The game takes place in the Dungeons and Dragons campaign setting of Forgotten Realms. On December 11, 2017, it was announced via social media [1] that Sword Coast Legends would no longer be available for retail purchase after December 31, 2017.

However, the servers would continue to operate “for the foreseeable future.” On July 25, 2018, the servers were shut down, and the game can now only be played offline.

Unfortunately, the Sword Coast Legends servers are no longer available. The game can still be played offline, but players can no longer connect to the servers for online play.

Matthew Paxton
Mathew has nursed a love of video games since childhood. Now, as an adult, he enjoys playing challenging games as much as he enjoys relating with other gamers. Matthew created Hypernia to give gamers like himself accurate and reliable information about games, servers, communication protocols, and much more.
Sword Coast Legends
Sword Coast Legends — What You Need to Know About the Game
November 15, 2022