When is KAYO Coming Out on Valorant?

The much-anticipated release of Kayo is finally here. After months of speculation and excitement, gamers can interact with the Valorant character.

KAYO is the newest addition to the game and is sure to shake things up. So, when was KAYO’s release date? Keep reading to find out.

When Was KAYO's Release Date on Valorant?

KAYO, the 17th Agent to join Valorant, debuted with Patch 3.0 in June 2021. He is possibly the most distinctive Agent in the game in terms of sheer design. KAYO is the sole Agent who isn’t a human or radiant since he or she is a robot [1].

He also comes from a different time period where radiants and humans were at battle. He was designed to kill radiants, but as a member of the Valorant Protocol, he now fights on both sides. 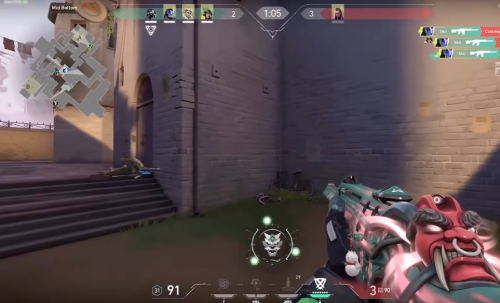 What is the Role of KAYO?

One of Valorant’s five initiators is KAYO. These Agents are expert in clearing entrances, chasing off adversaries, and positioning angles of attack. They frequently take the lead for their team in the front of formations.

Some of the most well-rounded Agents in Valorant are initiators, and KAYO may be the most adaptable of them all. He possesses two grenade-like powers that he may use to damage or blind opponents.

Additionally, he possesses one of the strongest Signature Abilities in the game, which silences foes and gathers intelligence for his squad. With a balanced set of abilities that cover multiple options, KAYO is one of the most straightforward Agents in Valorant.

With the most recent improvements, he is now much more approachable to all players and his game plan is even more streamlined.

Since KAYO’s kit contains the majority of the common weapons used in other first-person shooter games, it is possible to think of him as “traditional.”

Matthew Paxton
Mathew has nursed a love of video games since childhood. Now, as an adult, he enjoys playing challenging games as much as he enjoys relating with other gamers. Matthew created Hypernia to give gamers like himself accurate and reliable information about games, servers, communication protocols, and much more.
Valorant
Fixed: Valorant Download Stuck at 95
November 2, 2022
Network Buffering on Valorant, Explained
November 2, 2022
ELO Meaning on Valorant
November 2, 2022
Valorant Love Event: What You Need to Know
November 1, 2022
How to Full Screen on Valorant
October 31, 2022
How to Create a Valorant Account
October 31, 2022
Valorant Can’t Enter Range: Reasons Explained
October 30, 2022