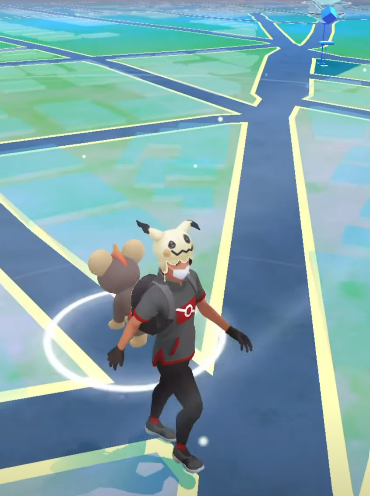 As anyone who’s played Pokemon Go knows, there are mysterious portals in the sky that occasionally appear. But what are these portals?

Some believe they’re linked to the rise of strange creatures called “Shadow Pokemon,” while others think they could be used for interdimensional travel. Whatever their purpose, they’re definitely one of the more puzzling aspects of the game.

What Are the Portals in the Sky in Pokemon Go?

Hoopa is a Psychic or Ghost Mythical Pokemon that debuted in Pokemon X and Y, and it is notorious for causing mischief by warping people, objects, and Pokemon through portals.

These portals are made of rings that emanate from its body, allowing it to summon them at any time. Because of these portals, practically every Legendary and Mythical Pokemon emerged in the Hoenn Region in Pokemon Omega Ruby and Alpha Sapphire, are  providing players with a plethora of strong beasts to obtain.

At the moment, the rings serve no purpose. Players cannot interact with them, and they are not linked to any form of gaming mechanic [1], which has caused considerable disappointment.

They are merely aesthetic and will have no effect on the player, though they do hover ominously over the world. The rings may serve as a hint for what’s to come later in the Season of Mischief for those who understand the background behind the Ultra Unlock event and Hoopa.

There is currently a full calendar of events and encounters planned for this time period, with many more to be announced throughout the season, so the rings may eventually have a purpose.

Matthew Paxton
Mathew has nursed a love of video games since childhood. Now, as an adult, he enjoys playing challenging games as much as he enjoys relating with other gamers. Matthew created Hypernia to give gamers like himself accurate and reliable information about games, servers, communication protocols, and much more.
Pokemon Go
Pokemon Go Motion and Fitness
November 12, 2022
Pokemon Go XS XL
November 4, 2022