Top 5 Members of All Times of the Minecraft Dream SMP 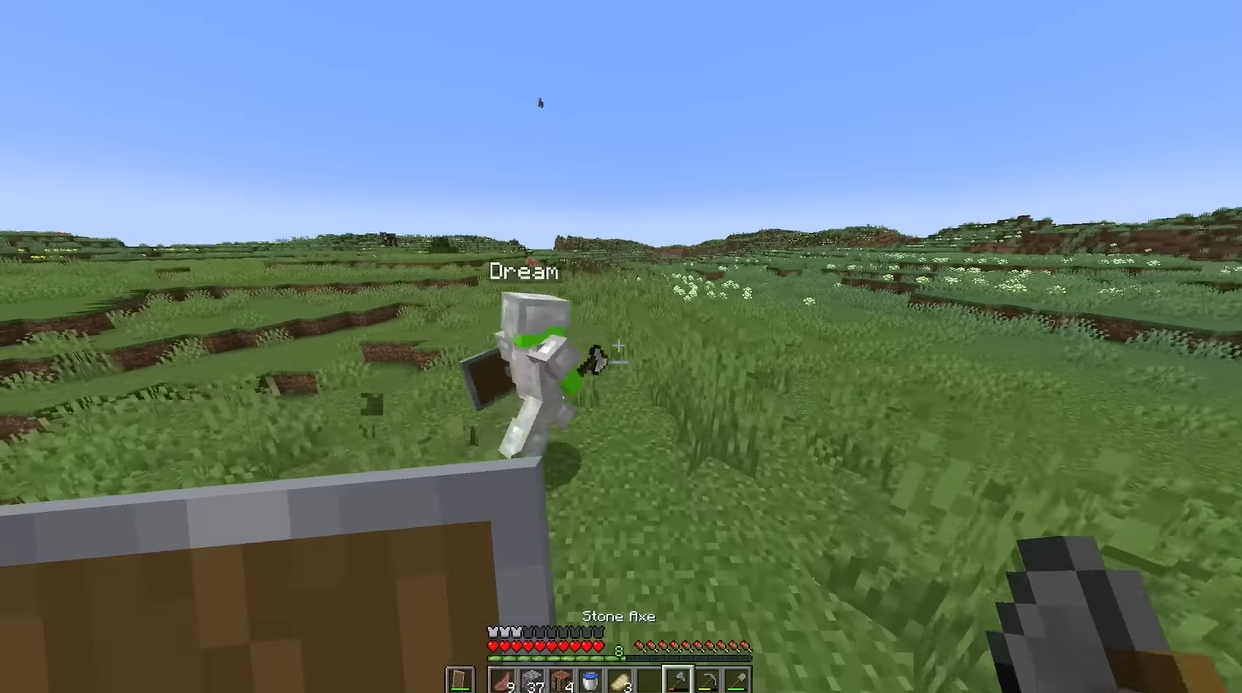 The top 5 members of all times of the Minecraft Dream SMP are a very small group of individuals who are well-known and respected for their skills in the game.

Dream SMP is a popular online community that offers select players the chance to join in on some of the most fun, entertaining and engaging activities available in the world of Minecraft.

Besides speedruns, Clay “Dream” has become a popular gaming YouTuber, hosting his own Dream SMP server. His YouTube channel has more than 5 million subscribers.

One of Dream’s most popular videos was his video on PewDiePie’s world seed. This has helped his channel gain subscribers quickly. He has a total of seven YouTube channels. Some of them have over a million subscribers, and others are a few hundred.

He has received the award for Content Creator of the Year twice. He has also won the Streamy Award for the best gaming category. He is known for his heavily edited videos. 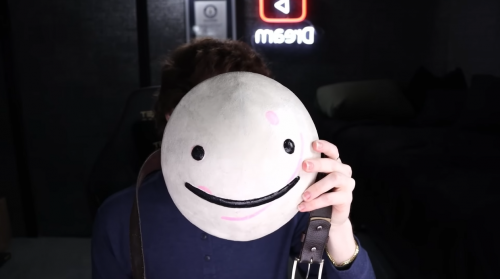 He is best known for his Minecraft videos. He has gained substantial popularity in the last few years. His SMP server has become popular for its improvised roleplay scenarios.

He is also known for his signature wheezing laugh. He has also received several allegations of cheating in speedruns. In the late 2020s, Dream was accused of cheating and of failing to stop harassing fans.

He has also been accused of saying the n-word in a video. He has not publicly discussed his personal details. However, he has a number of Twitter followers. He has also created a Minecraft game server.

He has also co-owned it with GeorgeNotFound. He has a number of popular Twitch streamers on his server. He has also worked with game house Hannahxxrose.

He has also created a number of other videos. His longest video is a one hour four minute eighteen second run called Minecraft Speedrunner VS PRO. It’s also the best video he has ever made. 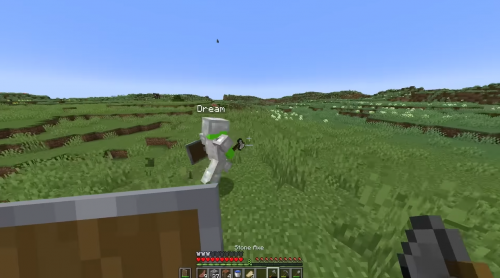 He has also released a few music videos. Currently, he has three songs on his discography.

Probably one of the most popular members of the Minecraft Dream SMP, Nicholas “Nick” aka Sapnap is a content creator. His videos frequently feature a group of friends playing the game. He also has videos that compete in challenges.

Nick Sapnap is an American YouTuber. He was born on March 1, 2001. He is a computer science major who dropped out of school in early March of 2021. He has a huge fanbase on both YouTube and Twitch. His videos are known for being crazy. He also has four pets.

Nick Sapnap is an avid Minecraft player and gamer. He is also known for making videos about the plugins he and his friends coded. He has also appeared in several Quackity videos. In August 2021, he visited Karl in North Carolina. He also visited YouTuber friends in the U.K. In the past, he has been active on TikTok.

Sapnap and Dream met online in late 2012 or early 2013. After a few months, they began to play together. Dream was thirteen at the time. They would call each other on Skype. They would also play Minecraft together. 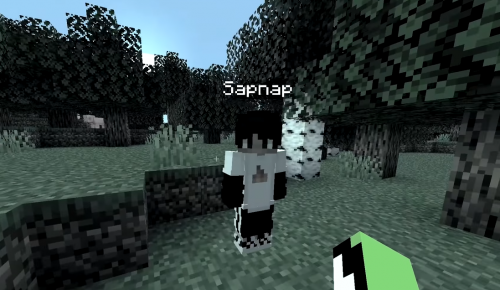 After a while, Dream started to learn how to code. He began to make a plug-in for George.

After being part of the Dream SMP, Sapnap was unable to complete Minecraft Speed Increase Challenge #2. He was also shocked when he found out that Dream’s fish, Mars, was actually a frame for a picture.

Sapnap was then interrogated by the Dreamon Hunters. They accused him of being close to Dream. They also found that he had a strong resistance against the Dreamons.

He was denied membership to the L’Manbergian cult. He was also accused of being a part of the Kinoko Kingdom.

Known as the most popular Minecraft streamer on the internet, Tommy (“TommyInnit“) Simons has over 11 million subscribers on his YouTube channel. His Twitch channel is also popular. He has collaborated with some of the top content creators in the Minecraft community. 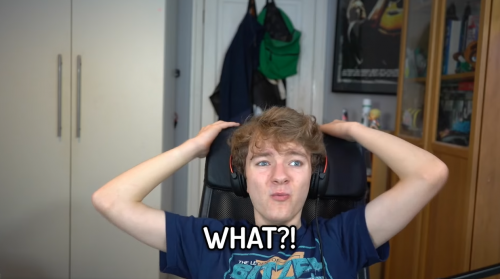 Tommy began streaming at the age of thirteen. He became popular when his streams went viral. He also experimented with minigames, YouTube reactions and Discord content.

In 2012, the gaming Let’s Play genre became popular. He won the MCC4 competition and racked up a whopping 935,000 views.

He also has seven YouTube channels and a Twitch channel. He is the fourth most popular English streamer. He has over 250,000 subscribers on Twitch. His most popular stream had 650k viewers.

He is also known for his humorous commentary. He is a fan of the game PUBG: Battlegrounds. He plays PUBG most days.

He is also known for his in-game backstory. He has created an in-depth backstory for the character he plays in Dream SMP. This character has also been featured in many videos with other Dream SMP members. 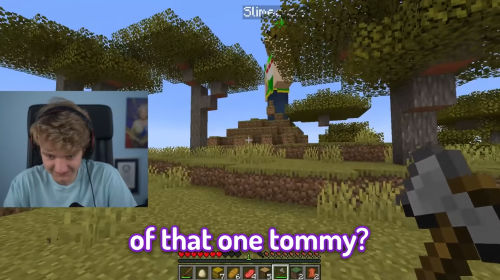 He also started a hotel for the homeless called Big Innit Hotel. He has collaborated with other Dream SMP members on YouTube and has been known to write about the game.

He has been a member of the Dream SMP for over four years. He has amassed a large fan base for the game, and is known for his humor. His videos continue to perform well. He has been compared to the popular Minecraft streamer, Felix “PewDiePie” Kjellberg.

He is also the eighth most watched channel on Twitch. His most popular stream was 131 hours long.

Originally called L’Manberg, El Rapids was a small country in Mexico. It was recognized as an independent nation by Dream SMP in the aftermath of the Doomsday War. However, the nation was no longer unified and lost interest.

El Rapids never created its own laws or government. Its residents were given Spanish versions of their names. The nation was also renamed. It was located next to Boomerville and Party Park. 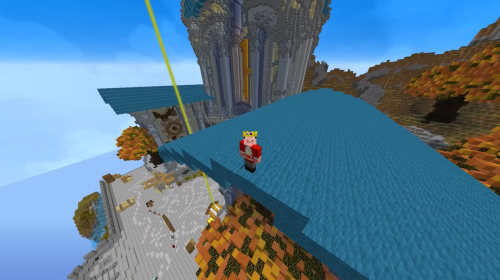 In July 2020, Eret, an English gaming YouTuber, joined the Dream SMP. Eret had ADHD and dyslexia. He was the King of the server, but he was also an antagonist to L’Manberg.

He is also known for being bisexual and being the person who comes out on his live streams. He has a dog named Zack. He also wears a gray shirt and black pants. He has pure white eyes.

Eret is also known for competing in several MC Championships. He has won MCC-7 and MCC-13. He has also participated in the Man vs. Pogtopia war.

He was briefly removed from his position before he was defeated. He was also involved in the The Manberg Rebellion.

Eret is a member of the Dream SMP and an avid Minecraft player. He is currently studying International Relations at the University of Southern California. He is also a popular gaming YouTuber. 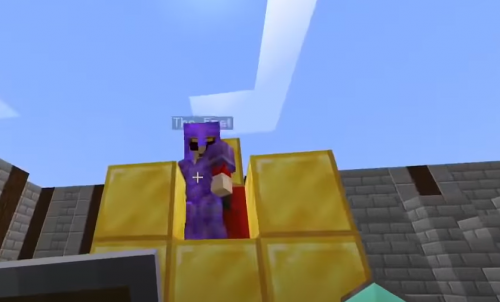 Dream is one of the founding members of the Dream SMP. He created the server when COVID-19 was on. He also built the Community House with the other seven original members. He is also a popular Twitch player.

His character wears a crown and a mask. His lore consists of deep emotions and wars. He has millions of followers. He also streams bits of lore from the future.

Known for his role on the Dream SMP, Technoblade is a YouTube personality and Minecraft enthusiast.

While Technoblade was not the first to produce a Minecraft video, he was one of the most popular. He was invited to Dream SMP in 2020, and his name was often attributed to events. He is also one of the most prolific gamers on YouTube. He also produced challenges and vlogs. 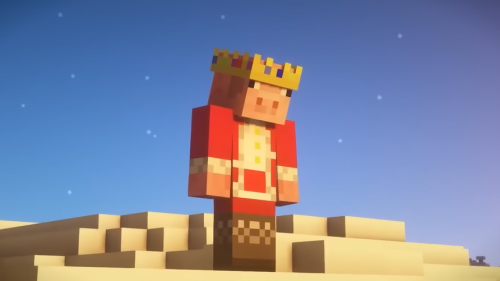 He is best known for his player-versus-player content, and he became known for his livestreams. He had a reputation for being humble, and he always looked for ways to reward his audience.

In August of 2021, Technoblade announced that he had stage four cancer. The announcement garnered a lot of attention, especially in the Minecraft community.

The announcement was also accompanied by a number of tributes from the gaming community. His name was also mentioned in many tribute videos. In particular, the pig-wearing crown on the Minecraft logo was a reference to his popularity.

He also earned a special mention on the fandom page for Dream SMP. His name was also included in a “Minecraft Champions” competition.

Matthew Paxton
Mathew has nursed a love of video games since childhood. Now, as an adult, he enjoys playing challenging games as much as he enjoys relating with other gamers. Matthew created Hypernia to give gamers like himself accurate and reliable information about games, servers, communication protocols, and much more.
Minecraft
List of the Best Minecraft Zombie Servers Today
February 2, 2023
Cracked Minecraft Server — Your Quick Guide
January 30, 2023
Fixed: Minecraft Server is in Setup Mode
January 16, 2023
20 Best Minecraft Players Today
January 2, 2023
Minecraft Potato Servers — Your Quick Guide
December 31, 2022
How to Ban and Unban Players on a Minecraft Server
December 30, 2022
How to Change the MOTD of a Minecraft Server
December 30, 2022
Fixed: “Unable to Access jarfile minecraft_server jar” Error
December 1, 2022
Minecraft Coordinates Xbox Realms
November 12, 2022
Fixed: Not Authenticated With Minecraft.net
November 12, 2022