Stuck in a Black Room on Inscryption: How to Get Out 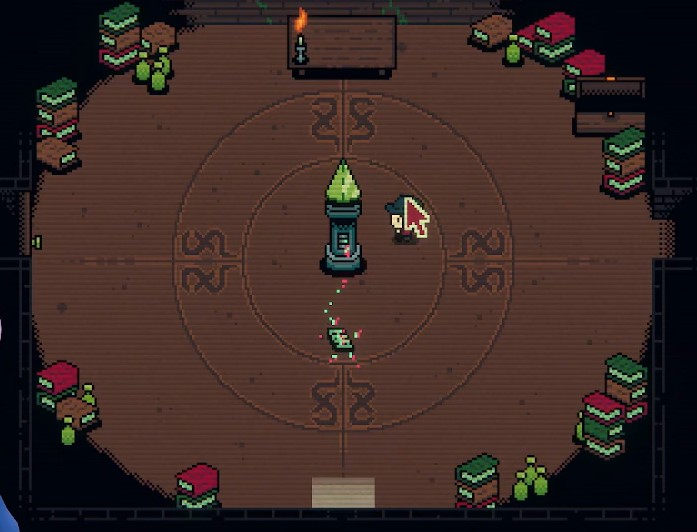 Don’t you just hate it when you’re playing Inscryption and you get stuck in a dark room with no idea how to proceed? Well, never fear. In this guide, we’ll give you some tips on how to escape from those pesky dark rooms. With our help, you’ll be beating the game in no time!

How to Get Out of the Dark Room?

It is difficult to escape the Dark Room for two reasons. First, a long chain of puzzles, not all of which are intuitive, stands in the way of the player’s progress and must be completed in a specific order.

Second, the final step before escaping detracts from every other puzzle in the game, causing many players to stumble at the last second, unsure of which way to turn. 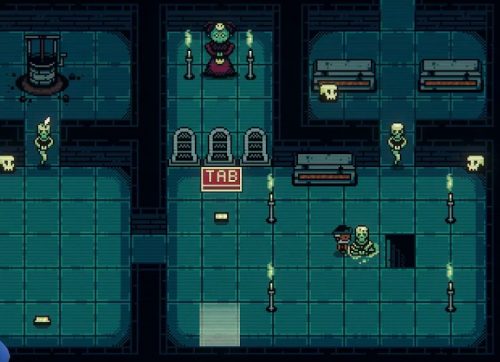 With the following guidelines in mind, the player will be able to break free from Leshy’s game and finally see Act 2 of Inscryption.

Read the Book to Get the Key

To escape the Dark Room and Leshy’s clutches, the player must solve a complex series of puzzles [1]. Though there are many difficult brain teasers in Inscryption, these are arguably the most difficult, especially without guidance.

There is a tutorial book in the cabin that explains the function of each Sigil. The first step is to open it and browse through it. Within the book, the player will discover a page with a safe combination written in blood on it.

The combination opens a safe at the back of the cabin, next to the wooden figurines. Take the key and the Stinkbug card from the safe. Unlock the cabinet on the cabin’s side with the key. There are four locked drawers within, each of which is a puzzle in and of itself, challenging the player to deal an exact amount of damage. 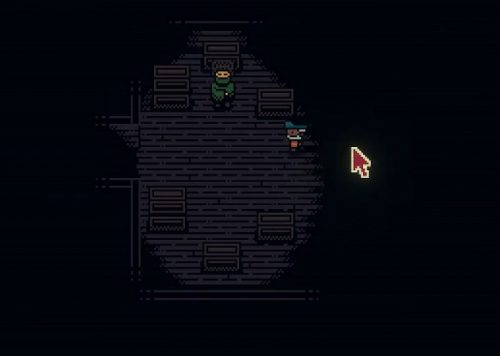 The locked drawer puzzles use the same mechanics as the rest of the game’s card combat, so savvy players with patience will be able to solve them on their own.

In short, the pieces must be arranged so that the opponent receives five total points of damage. The drawer will open, allowing the player to move on to the next puzzle step.

The player must first complete four puzzle drawers in order to open the cuckoo clock and escape the Dark Room. The first is simple and clear. To advance, the player only needs to move all of the pieces into the attack row.

The puzzle will be finished when you press the bell. As a reward, the player can collect a card and advance to drawer two. The second locked drawer puzzle adds two new Sigil mechanics: Airborne and Loose Tail. The solution (from left to right) are as follows: 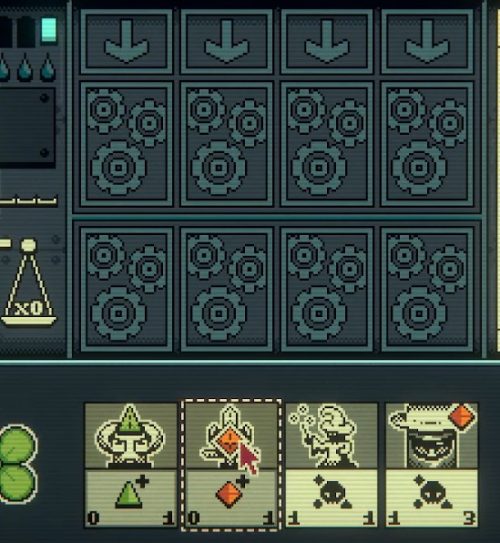 nothing, 1/2 Loose Tail, nothing, nothing

The player may proceed to the third drawer after ringing the bell. The key to unlocking this drawer is to remember how Ants’ Power is calculated: the more of them there are, the more power they have.

The third puzzle is completed by ringing the bell, allowing the player to proceed to the fourth and final drawer. This puzzle is truly perplexing, as it uses two of Inscryption’s most complicated Sigils for damage calculation: Birfurcated Strike and Sharp Quills.

There is some complexity here, but it can be overcome with some careful tinkering.

The Fourth Puzzle, Wolf, and Knife

There’s only one puzzle drawer left to finish, and it’s the most difficult yet. Here is the solution: 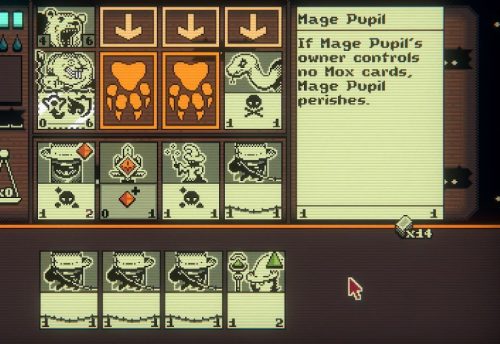 A Squirrel totem head is the first reward for completing the fourth puzzle drawer. While this totem is powerful, it pales in comparison to the second reward: the Caged Wolf card.

The player must now continue playing Leshy’s game until they reach a sacrificial altar and sacrifice the Caged Wolf. The event has been confirmed by a loud noise in the cabin. When the player stands up and looks at Leshy’s shelf, they will notice the broken cage that once held the wolf statue.

After that, the player must bring the wolf statue to the mechanism to the right of Leshy’s locket cabinet and place it in the indentation on the shelf (next to the carving of a squirrel). When the player places the statue down, the squirrel’s arms open, allowing the player to grab the knife it was clutching.

Take the knife to Leshy’s table. During the game, the player can use this knife to pluck out their own eyeball, dealing four points of damage to Leshy in the process. Essentially, the knife functions as a much better version of the Pliers. 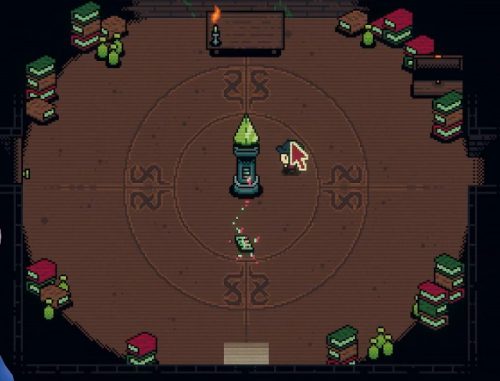 The next step is simple: the now one-eyed player must give up the game and create a new Deathcard. They will then be rewarded with a cutscene featuring an unknown figure painting the dagger. The Dark Room is almost at hand at this point.

The Magic Eyeball and Cuckoo Clock

The player must now use the dagger once more to win the match. Leshy will reward the player by bringing out a chest full of eyeballs from which the player can choose a replacement for their missing eye.

One of the eyes glows with strange glyphs. Picking it reveals the messages that have been hidden throughout the cabin but are invisible to those who do not have the arcane eye.

The player can open a compartment on the clock by moving the hands of the clock until they are aligned with these markings. There are two prizes inside: the Stunted Wolf card and a roll of film. 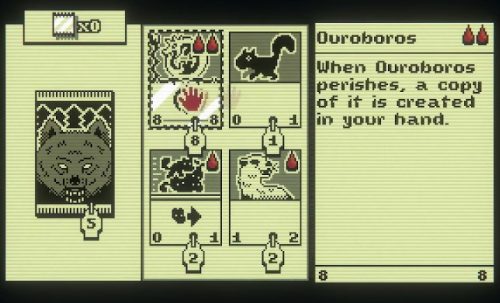 After all of the puzzle-solving and eye-plucking, the player can be forgiven for being a little skeptical. They’ve reached the most difficult part of the game: finishing their run and defeating Leshy in the final boss battle.

This triggers a cutscene in which the player is trapped within the camera. The final step is near, but the solution is meta and strange, which is why many players become stuck at this point.

Restart the game and go to the start menu and select “New Game.” The player has finally escaped Leshy’s cabin and the foreboding Dark Room, but the mysteries of Inscryption only get stranger from here.

Matthew Paxton
Mathew has nursed a love of video games since childhood. Now, as an adult, he enjoys playing challenging games as much as he enjoys relating with other gamers. Matthew created Hypernia to give gamers like himself accurate and reliable information about games, servers, communication protocols, and much more.
Inscryption