Who is Leonora Johnson of GTA? (Age, Death, and Other Facts)

Many gamers are familiar with the Grand Theft Auto game franchise, but may not be as familiar with one of its characters, Leonora Johnson.

Who is this woman and what role does she play in the GTA universe? Let’s take a closer look!

Who is Leonora Johnson in GTA?

Leonora Johnson is a deceased character who appears in Grand Theft Auto 5. She was born in the Midwest on August 29, 1952. Harold, her father, was a poultry farmer, and Ellen, her mother, worked as a sloper on a dairy farm.

She had lung difficulties as a result of extensive smoking as a child. Leonora was an unimpressive student in school, but she reached puberty at a young age and drew a lot of attention from other students and the school faculty.

Leonora Johnson started obtaining regular work as a model in print ads, television commercials, and minor acting roles in movies by the early 1970s. She was cast in Richards Majestic Productions’ 1973 film “Rum Runner” as Beryl, a wise-cracking crippled prostitute who stole every scene she was in.

However, the media labeled her as “a pretty face to see without perhaps much spark in the eyes,” meaning that while she was attractive, she was probably not particularly intellectual.

She was also said to have been considered for the female lead part in “The Many Wives of Alfredo Smith,” but she was kidnapped, tortured, and murdered by Peter Dreyfuss in 1975.

Peter murdered Leonora by mutilating her, cutting off both her hands and feet and placing them in opposing locations, removing several facial features, leaving multiple incisions on her breasts, drawing a star on her back with cigar burns, slicing off a portion of her thigh and writing “ham” on it, and engaging in intercourse on her body. 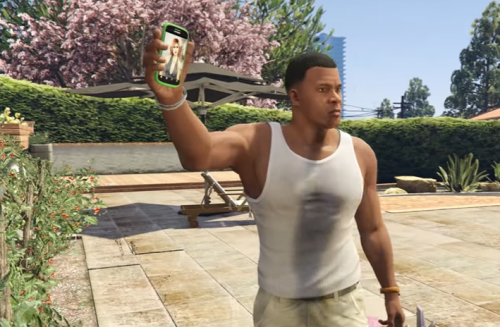 Dreyfuss kept going while she screamed for her freedom. When Dreyfuss told her to keep quiet, she refused, so he killed her, taking all the evidence and covering up the tracks so he wouldn’t be caught.

Her body was discovered on the side of the Land Act Dam by the reporters on January 17th, 1975, following an anonymous tip-off to the LSPD, hours before the LSPD arrived, trampling over any usable forensic evidence [1]. They couldn’t discover any evidence to determine who killed Johnson, therefore the case was closed soon after.

Peter Dreyfuss harassed Leonora’s family for years after her death by writing letters, making anonymous phone calls, and sending Leonora’s locket and severed lips on the anniversary of her murder.

Other rumors or reports said that he stalked her for years before abducting and raping her, though this was not confirmed by him.

Matthew Paxton
Mathew has nursed a love of video games since childhood. Now, as an adult, he enjoys playing challenging games as much as he enjoys relating with other gamers. Matthew created Hypernia to give gamers like himself accurate and reliable information about games, servers, communication protocols, and much more.
GTA
How to Use Hydraulics on GTA 5
November 11, 2022
How to Sell a Car in GTA 5 Story Mode?
November 10, 2022
Highest Level in GTA 5
November 10, 2022
Where is the Strip Club in GTA?
November 10, 2022
Where is Benny’s in GTA 5?
November 7, 2022
Fixed: GTA 5 BAWSAQ Down for Maintenance Error
November 5, 2022
How to Unghost Someone in GTA 5?
November 5, 2022
What is the Yardie Car on GTA 3?
November 4, 2022
SSB World GTA
November 4, 2022
How to Make a Private Server in GTA
October 24, 2022