How Old is Lumine of Genshin Impact?

Many Genshin Impact fans know how Lumine’s age is a topic of interest, since her age isn’t explicitly stated in the game.

Here, we took the time to check the clues that hint at her age, and came up with an estimation. If you want to know more about Lumine and her age, read on.

How Old is Lumine in Genshin Impact?

Genshin Impact is a lore-heavy game, with the main story centered on two separated twins. While many details about Genshin Impact remain unknown, the developers have confirmed a few plot points. Some of these are related to the enigmatic lead characters Lumine and Aether. 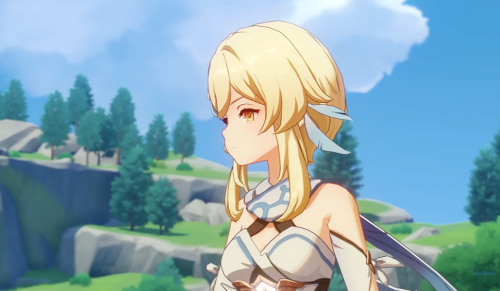 Lumine and Aether are considered twins because they are the same age. They appear to be 14 to 16 years old, but they have lived in Teyvat for more than 500 years.

This is supported by the fact that they were separated after attempting to flee the world during Khaenri’ah’s fall. Furthermore, they have most likely visited many worlds before, making them much older than previously thought.

Because neither of them has aged during their time in Teyvat, it can be assumed that they are either immortal or long-lived [1]. Even during your journeys with Paimon, the twin you choose shows no signs of aging.