How to Win Without Ever Spending Source on Divinity: Original Sin 2

No matter what kind of gamer you are, everyone can appreciate good tips and tricks from fellow gamers. Today we’re taking a look at combat in Divinity Original Sin 2, and specifically, how to win without ever spending Source.

Whether you’re new to the game or just looking for an advantage, this guide is for you. Let’s get started!

How to Win in a Battle Without Ever Spending Source?

Original Sin 2 takes players to Rivellon, where they attempt to attain divinity and save the world. Players attempting to save the realm will face formidable opposition, as in most RPGs.

They can, however, use Source to tap into incredibly powerful abilities that can turn the tide of any difficult battle. However, fans of Divinity: Original Sin 2 may discover that certain strategies can help them win the majority of battles without spending any Source at all.

After all, this resource isn’t easy to come by throughout the game. How can players win battles without ever spending Source? 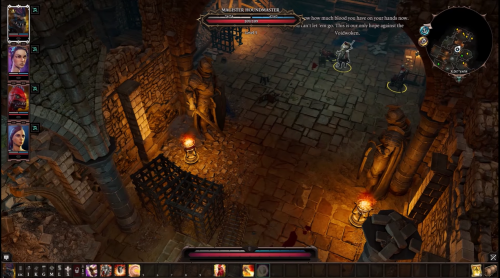 See If There’s a Way to Negotiate

One of the simplest ways to avoid using Source in combat is to avoid getting into it in the first place. Players who interact with powerful NPCs [1] should probably save the game first and try to talk the enemy into a peaceful conversation.

Fans may be surprised to learn that a high Persuasion or Intimidation skill can potentially allure or scare potential opponents into submission.

In fact, if players play their cards correctly, they may be able to talk their way out of a major conflict with the game’s final boss.

Get Powerful Foes Out of the Way

It would be extremely beneficial for players to find ways to get out of the way of extremely powerful bosses as soon as possible in the event of inevitable combat with them.

This is where Skills like Teleportation and Nether Swap (both Aerotheurge 2) come in handy, as they allow players to displace tougher foes, giving their party time to prepare for a counter-offensive.

This can also potentially stall the game long enough for players to kill weaker opponents and even heal themselves. Players can then focus their resources on killing the tougher foe when they return. 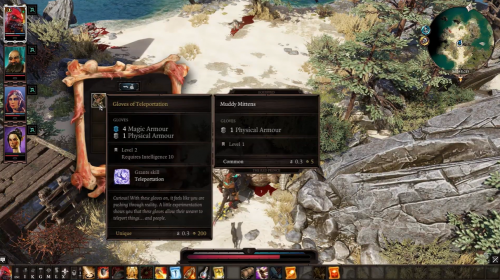 Lure Enemies to a Trap

When it comes to eliminating tougher enemies, a little pre-combat observation can go a long way. Indeed, luring opponents sometimes into a false sense of security allows players to eliminate them without ever using Source.

Fighting Alice Alisceon, a ridiculously tough foe with incredible resistance and powerful moves, is a good example of this. Players can, however, discover a clever combo that “transfers” her devastating damage from allies to herself.

And teleporting her to the right location can put her in the path of a ferocious demon hunter, forcing players to avoid unnecessary combat entirely.

The fact that the game allows players to control up to four party members does not imply that they must use all of them in combat.

The game’s party separation feature allows them to control individual party members while the rest of the party follows, which makes having stealthy Rogues and Rangers scout areas first to detect enemies extremely useful. 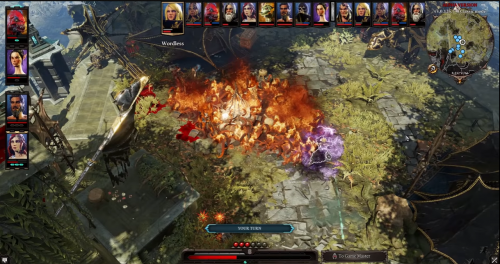 Similarly, players can take advantage of this opportunity to have tanks and other frontline fighters enter the battlefield first, capturing the attention of opponents before the rest of the party arrives.

As a result, weaker members of the party are at just the right distance to launch attacks while also escaping to recover.

Keep Everyone at Teleport Distance

Another optimized way to avoid using Source with the split-party tactic is to have everyone within teleport distance, especially party members who are separated from the rest of the group.

Tanks, for example, should be followed into battle by a spellcaster wielding teleportation spells. They should be far enough away to avoid entering the initiative count, but close enough to reach the tank if necessary.

As a result, players always have the option of removing their tank or other frontline units from combat if things go wrong. A significant advantage is that enemies almost never heal themselves, allowing players to stay in peak condition while fighting enemies with lower HP.

AOE Ensures Everyone Gets Attacked 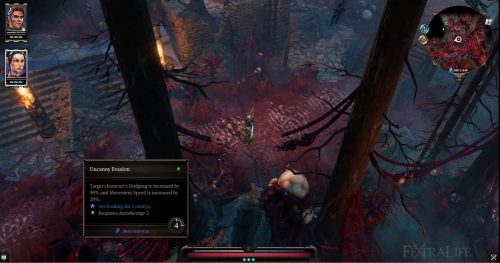 Players should make every effort to learn AOE Skills, as they can easily replace Source Skills. Keep in mind that the most potent AOE Skills, such as Hail Storm (Hydrosophist) and Meteor Shower (Pyrokinetic), cost Source.

Lower-tier Skills, on the other hand, can still deal devastating AOE damage. Fireball, Laser Ray, and Supernova (Pyrokinetic) are a few examples.

Despite their lower damage output when compared to other Source Skills, these AOE Skills pack a powerful punch. Furthermore, the proper sequence of AOE Skills can generate DPS capable of annihilating enemy groups without the need for Source.

Adjust Opponents to Line Them for Attacks

Players in most tactical RPGs frequently move their characters to attack opponents. Unfortunately, in Original Sin 2, players are frequently outnumbered by enemies who not only move first but also seek to encircle the party.

This disadvantage could lead to a party wipe. As a result, rather than simply “moving” to attack enemies, players should consider directly moving enemies to make it easier for the party to attack them.

Players can use Teleportation to move enemies next to the party’s tank or in range for a massive AOE. Similarly, Nether Swap can change the positions of two characters, allowing a tank to end up inside the enemy’s ranks.