The AWP is one of the most popular weapons in Counter-Strike: Global Offensive (CSGO) and it has been featured in many competitive matches. It is a bolt-action sniper rifle, which makes it more accurate and powerful than other weapons.

As a result, many players prefer to use it in competitive matches. But to get the most out of the AWP, you need to find the best CS:GO AWP servers to play on.

These servers are dedicated to playing with the AWP, making it easier to hone your skills and get better at the game! In this guide, , we will take a look at some of the best CS:GO AWP servers today:

What are the Best CS:GO AWP Servers?

With these options, you can switch to the AWP private servers if you are an experienced gamer who likes to use this weapon on regular servers. Here are the best CSGO AWP servers that any sniper would want to check out! 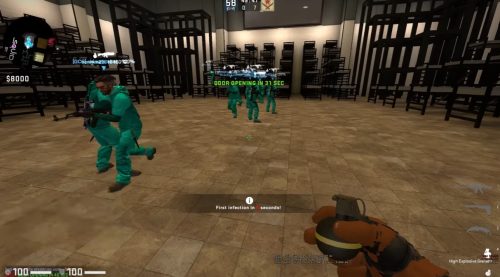 GhostCap Gaming is at the top of this list because it is one of the most well-known communities with a variety of CSGO servers. It has the best AWP Bhop servers out there right now.

At GhostCap, they’re proud of how quickly they update their servers [1], how the community helps them make improvements, and how well their servers work.

AWP Bhop gives people what they love about one-tap games and what they love about fast-paced FPS games. Made to be a fun way to improve your aim and your ability to move around a map, AWP Bhop is the perfect place to play and train if you want to show off your skills and fight the feared camper.

GasterGaming is another one of the best CSGO AWP servers. It is also an AWP Bhop and is very popular with gamers in Asia.

The server used to be called RevenantZ, but they have since changed their name. It is thought to be a mix of the names of two well-known gaming clans, Revenge and Nihilum.

The GasterGaming AWP server has one of the best gaming environments. There is no lag, and players can enjoy the different game modes, which are all made, hosted, and supervised by active admins in the gaming community.

1sho2kill, which used to be called Hellzone.pl, is a 128-tick AWP server based in Poland. The most people on this AWP server at any given time are between 18 and 20.

You can also find out a lot about how their server works, like how their anti-cheat and shop systems work, on their forums. In this mode of play, players basically fight each other with different kinds of weapons, from the starter pistol to the AWP.

1shot2kill also runs a number of other servers, such as Mirage only, surf, old Maps, and 1v1 Arena. You can also join the 1shot2kill clan and pay for VIP to get different rewards and perks.

These are just a few of the many CSGO AWP servers out there. Each of them offers something different, so it’s important to find the one that works best for you.

Whether you’re looking for a place to use your gaming skills or fight in a more competitive environment, you should be able to find a server that meets your needs!