Traits in Crusader Kings 2 are special abilities that characters can have. Some traits are inherited, while others are gained through events or decisions.

If you want to know more what traits are, how they work, and some of the more notable ones in the game, here’s our gamers’ quick guide to get you started:

Traits are the personality, abilities, reputation, and physical characteristics of a character. They can be gained or lost as a result of events and education. They have an impact on a wide range of areas, from attributes to relationships.

Furthermore, most traits are linked to specific events occurring or influence which options are available in events. A good ruler must focus on developing the necessary traits. 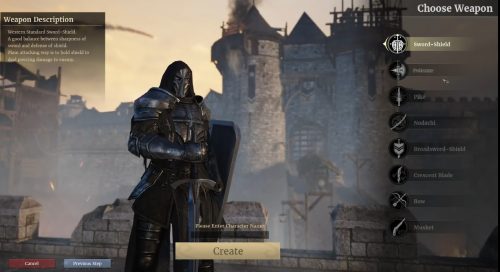 A trait with opposites, including different levels of the same characteristic cannot exist concurrently. A character with Genius, for example, cannot also have Slow or Quick.

The choices made by AI characters in events are influenced by their traits. A Lustful ruler, for example, is more likely to choose “Make a move” when a courtier expresses interest in an affair.

Traits also influence AI diplomatic decisions by modifying five AI parameters: rationality, zeal, greed, honor, and ambition. Below are some of the notable traits in the game.

When a character reaches the age of 16, he or she gains an education trait that is dependent on the child’s education. They are usually close to their guardian’s education in the base game, though there is some random variation. 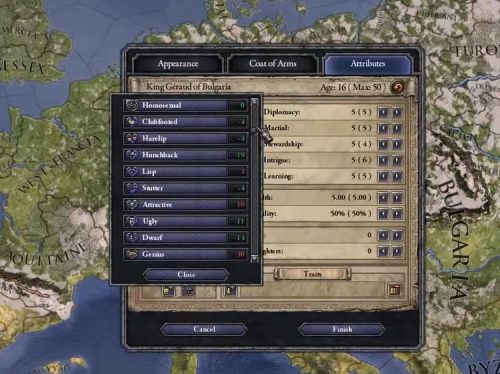 Children can develop childhood traits as a result of their childhood focus, which will influence which education traits they ultimately receive.

Each childhood trait has several adult traits into which it can evolve during adolescence. This ensures that no childhood traits are retained into adulthood, as well as an additional trait that can only mature with the intervention of a guardian.

Health-related traits are typically acquired through events or diseases. Characters at court in a province ravaged by an epidemic disease may be struck by it at random.

At birth, genetic traits [1] are assigned at random (although a few may also be granted by childhood events). Parents have a low chance of passing on these traits to their children.

Matthew Paxton
Mathew has nursed a love of video games since childhood. Now, as an adult, he enjoys playing challenging games as much as he enjoys relating with other gamers. Matthew created Hypernia to give gamers like himself accurate and reliable information about games, servers, communication protocols, and much more.
Crusader Kings
Crusader Kings 2 Province IDs List
December 10, 2022