Apex Legends is a popular shooter game that features an array of diverse characters. One thing that makes the game so interesting is the fact that the characters are not all the same height.

In fact, they range from very tall to quite short. Here’s a look at the heights of some of your favorite Apex Legends characters.

Having gone AWOL from the IMC and faked his own death, Jackson had settled down in Harris Valley, an idyllic town on the planet Solace. The cybernetic knight Newcastle has a lot of secrets, despite the fact that he’s monstrously tall at 6’6″. 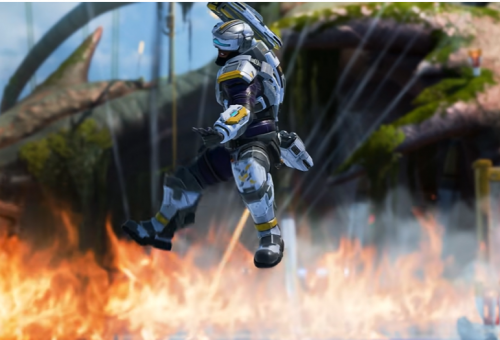 She looks to be roughly 5’6″ tall in the game, but it isn’t her base height. She regularly mentions that she fights in six-inch heels, so the truth may surprise you.

In order to learn the secrets of her profession from her criminally brilliant parents, Loba spent her childhood traveling from planet to planet.

She did well, and she now has a boon to add to her skills: a teleportation [1] bracelet that enables her to enter even the most fortified of sites.

Bangalore is a six-foot-nothing native of the Frontier planet Gridiron. Despite having been terraformed for habitation and being home to 90 million people, Gridiron is still a radioactive nightmare, and its inhabitants experience periods when they are unable to be in sunlight for more than a few seconds at a time.

Bloodhound is from Talos, a harsh volcanic world in Outland. He stands 6’1″ tall.

Never having had a large population, Talos is known for one incident when the IMC blew up a facility while mining the planet, which resulted in a flash freeze and forced the IMC to evacuate.

Like Rampart, Caustic, and other Legends, Crypto was born in Gaea. Gaea hosts the Games at Storm Point despite the Outlands’ isolation from the rest of the galaxy. Additionally, Ash’s Arenas map is located on this planet. His height is 5’9″.

With a height of 6’5″, Gibraltar hails from the Outland desert planet of Solace, which is governed by the Syndicate. Although not heavily inhabited, it is the location of the Kings Canyon map in Apex Legends.

Solace City is the sole metropolitan area in the globe, despite Solace being a whole planet.

Lifeline is participating in a despicable sport for the benefit of the Frontier Corps, an organization that provides assistance to underserved communities.

She makes full use of her height which is 5’5″, as well as her abilities as a combat medic at the Apex Games, an arena that desperately needs one.

The life of the party is Mirage with a height of 5’11”. The class goofball and the focus of interest. He enjoys competing in the Apex Games as well.

The only Legend who is unsure of his origins or age is Pathfinder. He may not realize that he was made by someone at some point in time because he is a robot.

Hopefully winning the Apex Games will attract him enough attention. Pathfinder’s height is essentially all that is known about him. Being six feet two, Pathfinder is one of the game’s tallest characters.

Revenant is six-foot-eight inches tall, however other web users believe he is seven feet tall.

The Synthetic Nightmare, according to Tom Casiello, an Apex Legends writer, is not quite that tall. He did allow for the possibility that Revenant may be taller, though.

She isn’t as tall as the majority of the other Legends with a height of 5’4″, yet shares a planet with Gibraltar, Mirage, and Revenant. The Apex Games were created by the planet in Kings Canyon, earning it the credit of being its creator.

Wraith, with a height of 5’4″, is a Legend who can battle between dimensions and easily tear spacetime apart. She is also well-known in the Apex community for her Naruto run and a hitbox that is difficult to hit.

She shares the distinction of being the game’s smallest character with Wattson.

Matthew Paxton
Mathew has nursed a love of video games since childhood. Now, as an adult, he enjoys playing challenging games as much as he enjoys relating with other gamers. Matthew created Hypernia to give gamers like himself accurate and reliable information about games, servers, communication protocols, and much more.
Apex Legends
How Tall is Octane on Apex Legends?
October 30, 2022
Apex Legends Holo Spray Locations
October 22, 2022